New Eden is a valley dotted with flowers that has been turned upside down. It transforms the concept of a traditional chandelier with its closed body which is full of reflections that are generated by dozens of floating "hand-crafted" Venetian crystal flowers arranged on a white metal sphere. All of the flowers are made of transparent crystal, except for one which gives emphasis to the lampshade and can be positioned anywhere. 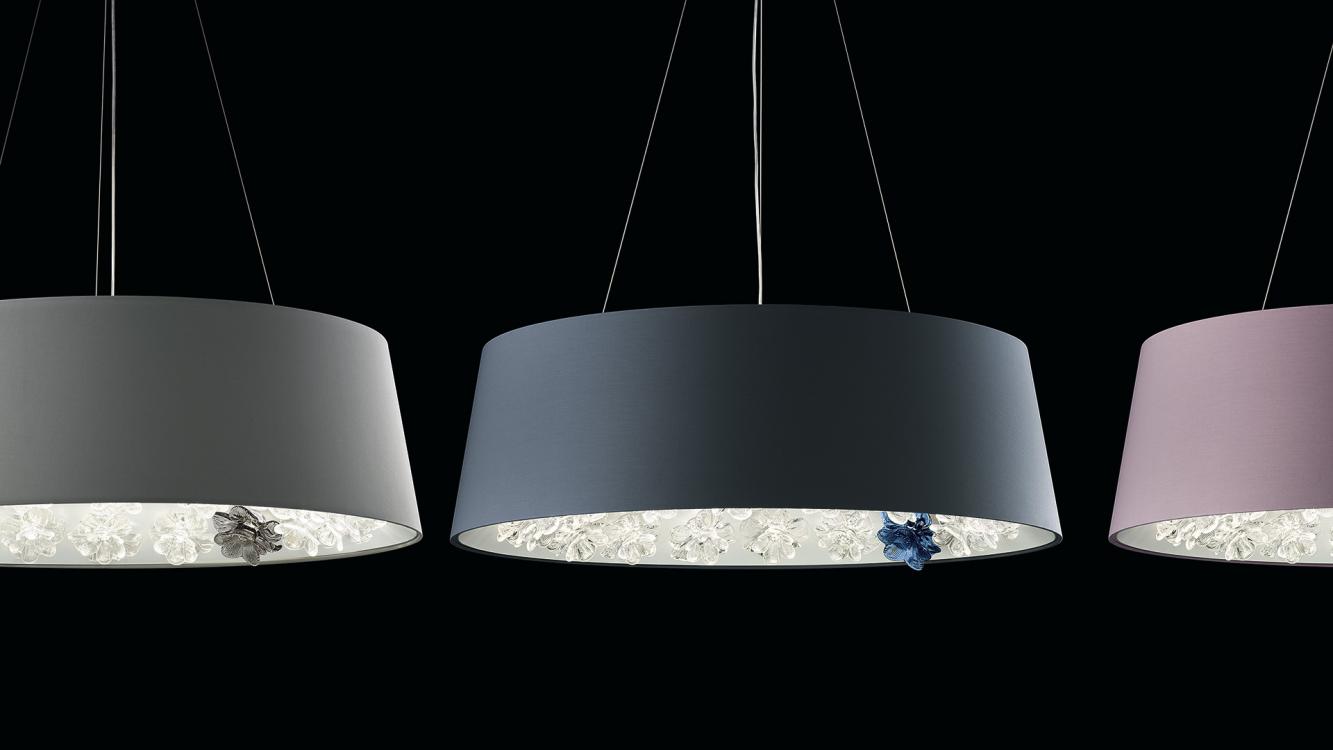 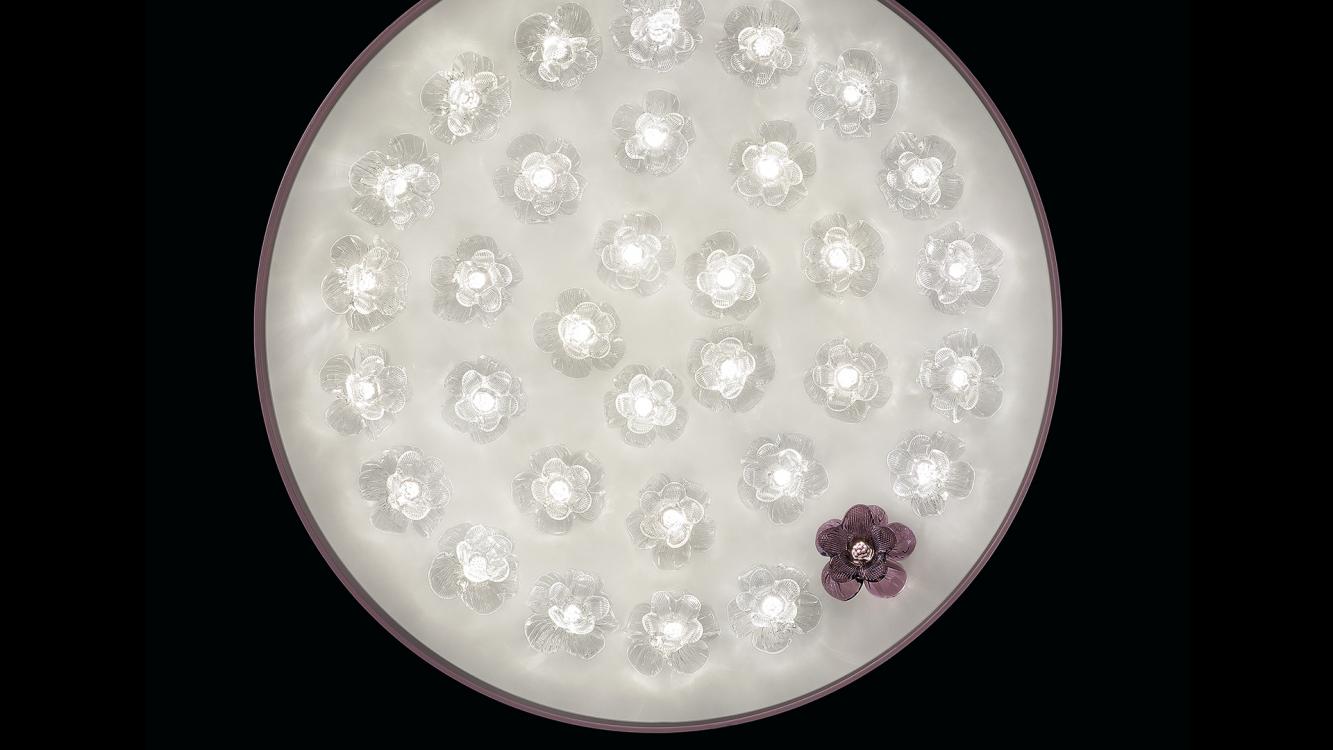 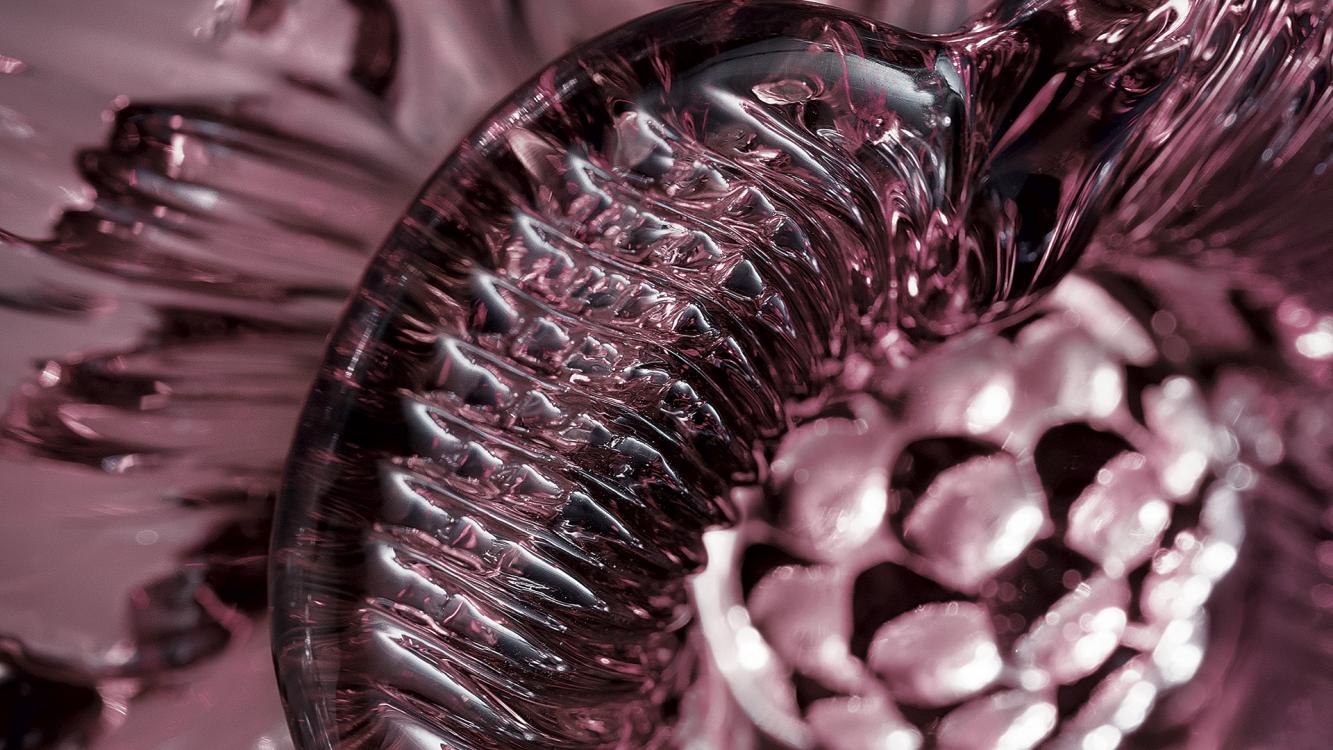 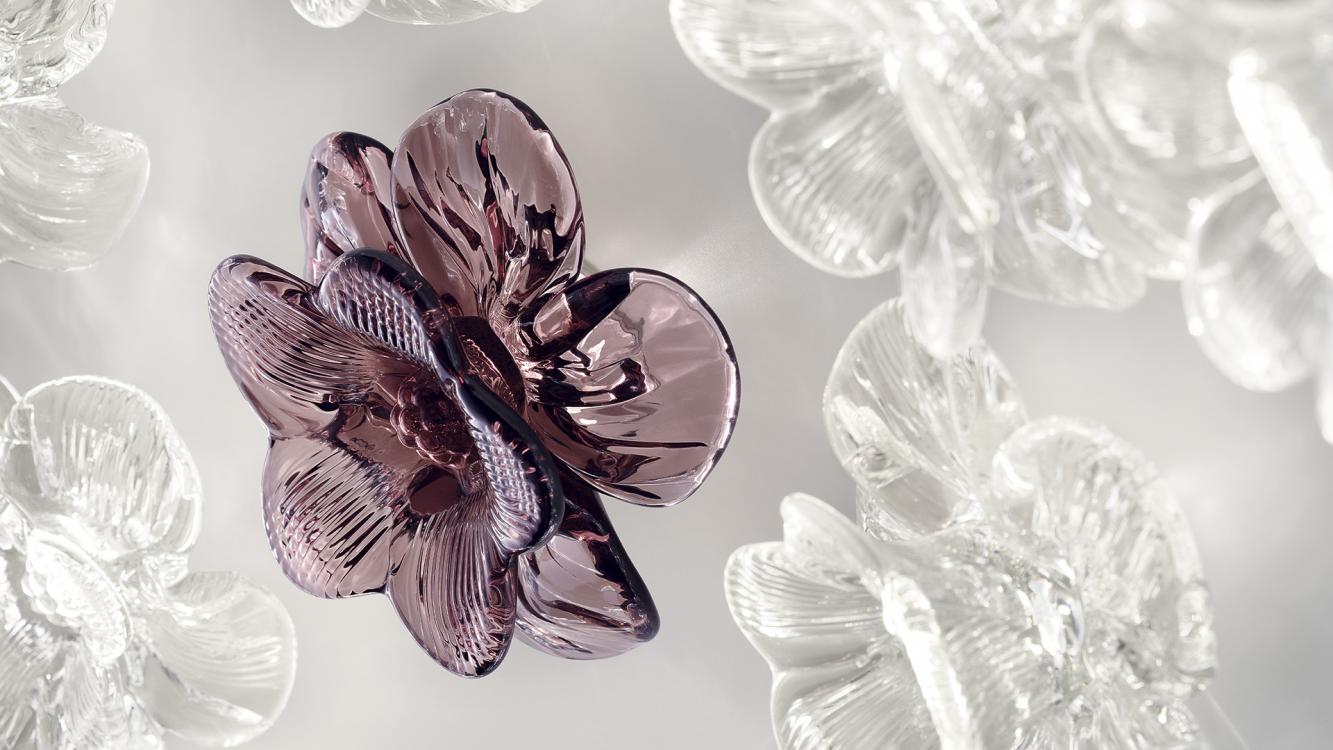 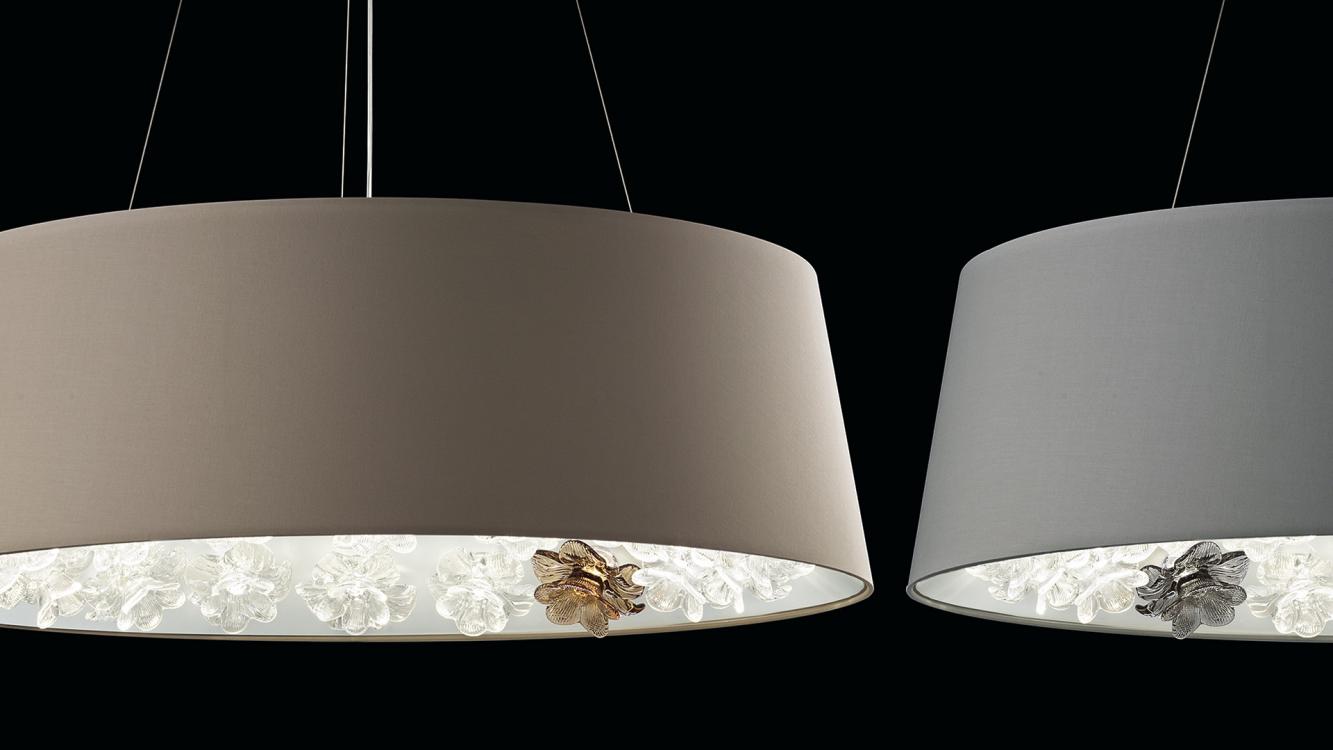 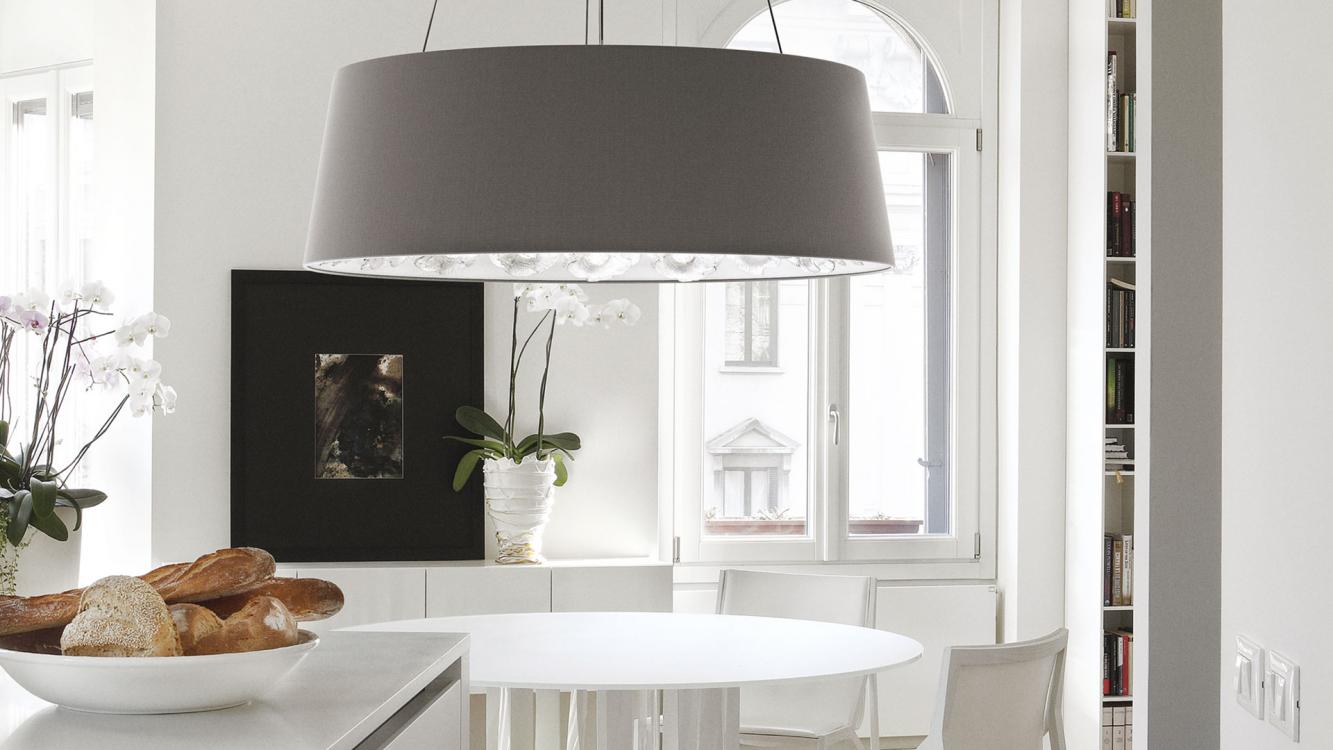 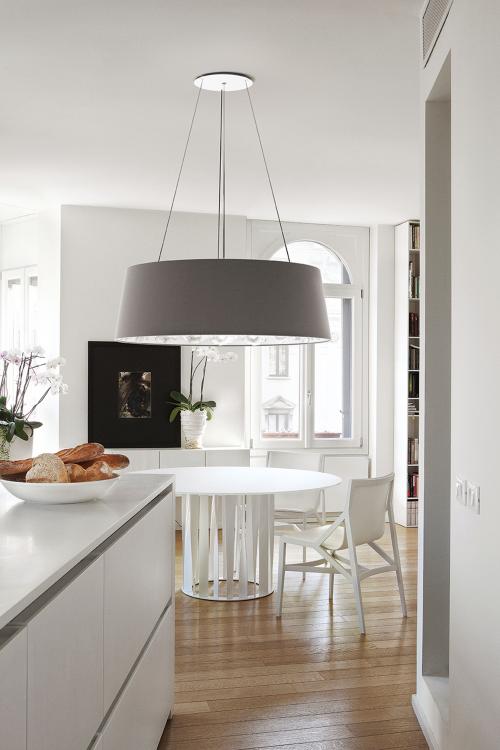 An eclectic architect and designer, he has made style and elegance his distinctive feature. She graduated from the Polytechnic of Milan, began as editor of the magazine Casabella and took part in the birth of Modo. She approaches the world of design through her experiments with the groups of Alchimia and Memphis. Since then, she has never stopped, ranging from the world of furniture, lighting, textile design. In parallel, in Paris, she collaborates as a designer of accessories for the group LVMH and Dior. He has a longstanding relationship with FontanaArte: in the early 1980s - under the artistic direction of Gae Aulenti - he designed, together with Franco Raggi, the installations for the events in which the company played a leading role. In 1992 he designed Prima Signora, a floor lamp with timeless elegance for the Milanese company. He teaches at the Politecnico di Milano in the Faculty of Industrial Design, at the IULM and at the Domus Academy in Milan, where he holds seminars and is the speaker of projects concerning the connections between the fashion system and design.

Art director and interior designer at Luciano Martelli. Designs for Artemide, Barovier&Toso and FontanaArte. Has collaborated with Politecnico di Milano.

Interested in New Eden? Contact our consulting and design service to get all the details you are looking for.
Fill in the form