Domo Amsterdam is a non-classical wall sconce. The whole collection, which includes also three chandeliers, is an elegant articulation of the classic shape that brings to mind a famous Barovier&Toso lamp: Amsterdam, whose characteristic element is the rostrum with its typical, pointed elements. Domo Amsterdam wall sconce is available with one or two lights, with three colours for the shade to choose from. The metallic parts are chrome-plated and the electric components are transparent. 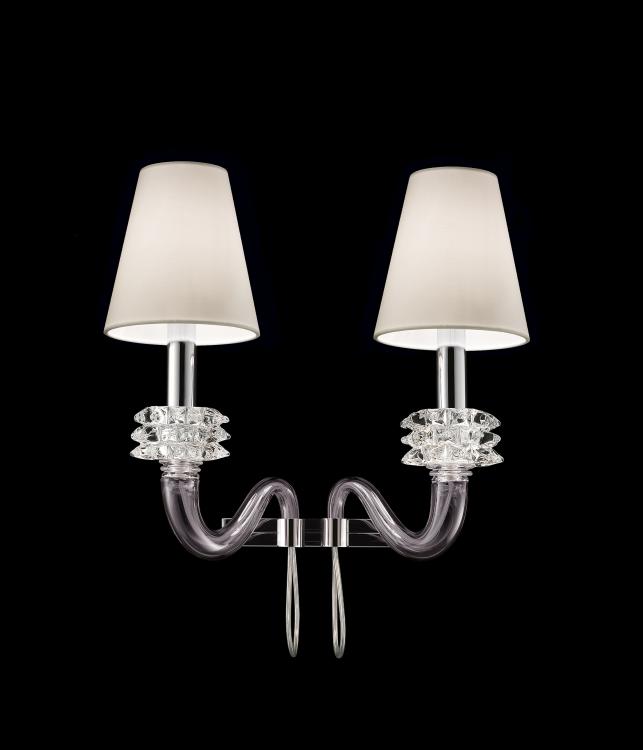 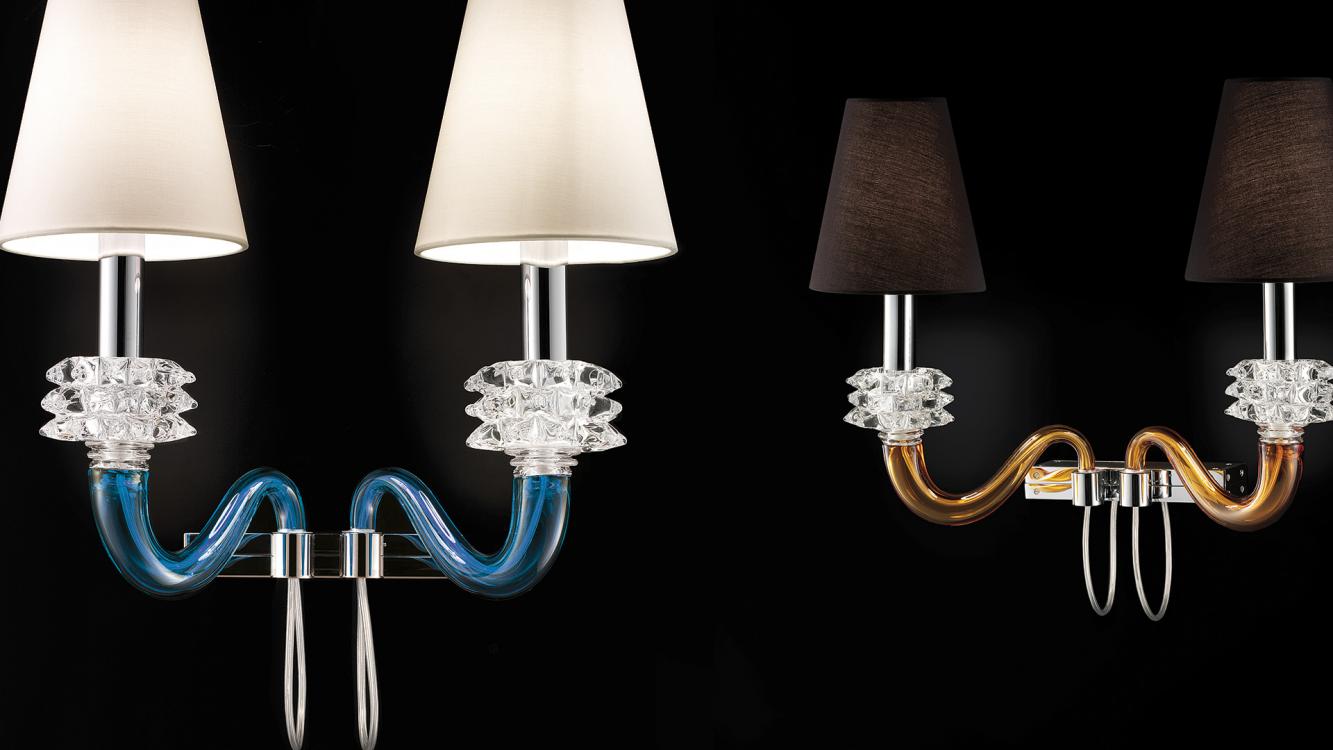 He graduated in Architecture from Milan Polytechnic in 1969 and in the same year started work for Nizzoli Associati. From 1971 to 1975 he was editor of Casabella magazine and from 1977 to 1981 editor in chief of Modo design magazine, which he headed until 1983. In 1973, he organized the first critical exhibition of Italian Radical Design on behalf of the IDZ, Internationales Design Zentrum, in Berlin. Between 1975 and 1977 he collaborated in the organization and coordination of the Visual Arts-Architecture Section of the Venice Biennale. He was manager of the “Raccolta del Design” section at the Triennale in Milan between 1979 and 1980, organising various exhibitions in the early eighties.He has designed architectures, layouts, exhibitions, books, scenery, rooms and articles for famous international design companies. He has a longstanding partnership with FontanaArte, in the early eighties, under the artistic direction of Gae Aulenti, with Daniela Puppa he designed the layouts for events starring the company. Since 1980 he has created numerous successful projects for FontanaArte: the families Velo (1988-89), Flûte (1999) and Drum (2005). As an architect he has planned retail areas and showrooms (including FontanaArte), corporate headquarters (including Gianfranco Ferré's Milan office and the Techint company headquarters in Milan), and then participated in the Humanitas hospital project group. He taught at the Faculty of Architecture of the University of Pescara and at the IED in Milan where he directed the Department of Architecture until 2000. Since 2001 he has held a course in Interior Design at the ISIA in Florence. As an author he has participated in numerous exhibitions and has held conferences and seminars around the world. His works are present in the permanent collections of the FRAC museum in Orleans, the Pompidou Centre in Paris, and the Triennale in Milan.

Interested in Domo Amsterdam? Contact our consulting and design service to get all the details you are looking for.
Fill in the form