In 2019, year of the 130th anniversary of the birth of Ercole Barovier, Barovier&Toso has decided to create a limited edition in honour of the extraordinary centuries-old tradition that sustains its invaluable heritage of know-how. An exclusive series composed of three 3 vase models, in different tones of green, as an edition of 16 pieces for each design. In the 1930s Ercole Barovier, manager and artistic director of the company, applied his creative talent and flair to the development of models with unusual colours and decorative effects.

His exuberant taste and lively personality gave rise to extremely striking glass “textures” with flecks of gold and silver, air bubbles and insertions of different materials, achieving unique impressions. One of the most interesting techniques he developed in that period was called “crepuscolo”, obtained by placing iron wool between two layers of hot glass. Thirty years later, he perfected and enhanced that technique himself, adding an outer layer of 24K gold leaf and thus creating the “crepuscolo aurato”. Barovier&Toso has met the challenge of reproducing and reinterpreting this original technique in a new series of sinuous vases with elegant hues. 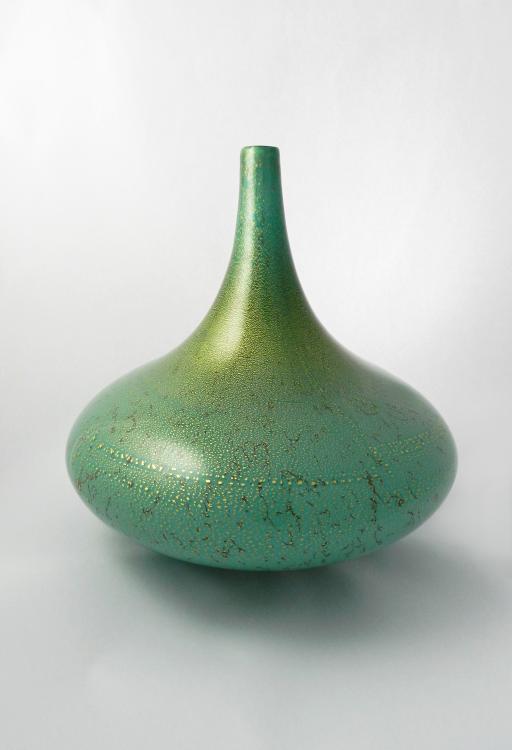 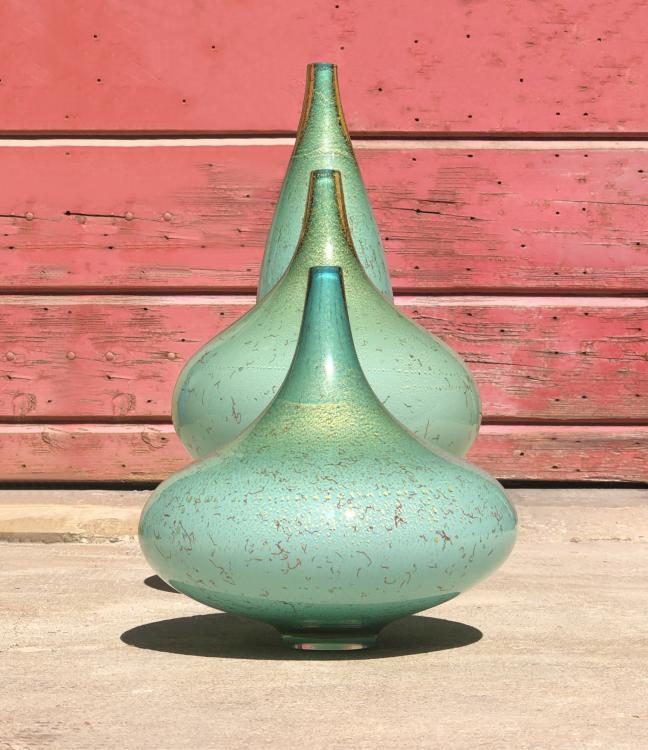 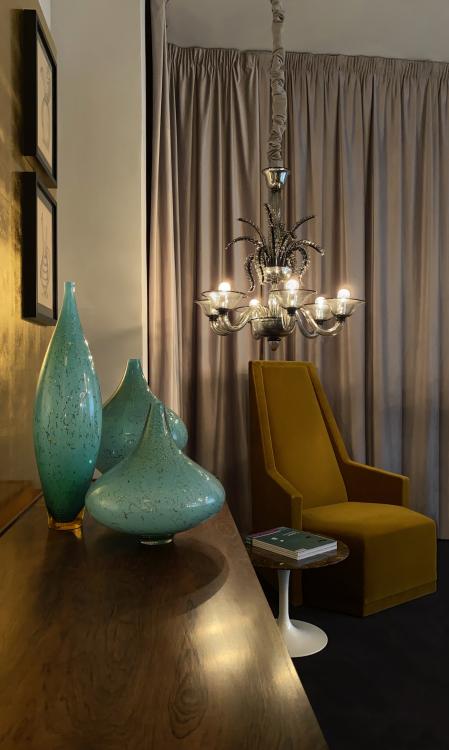 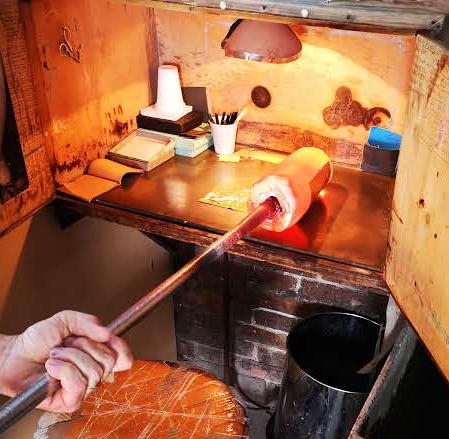 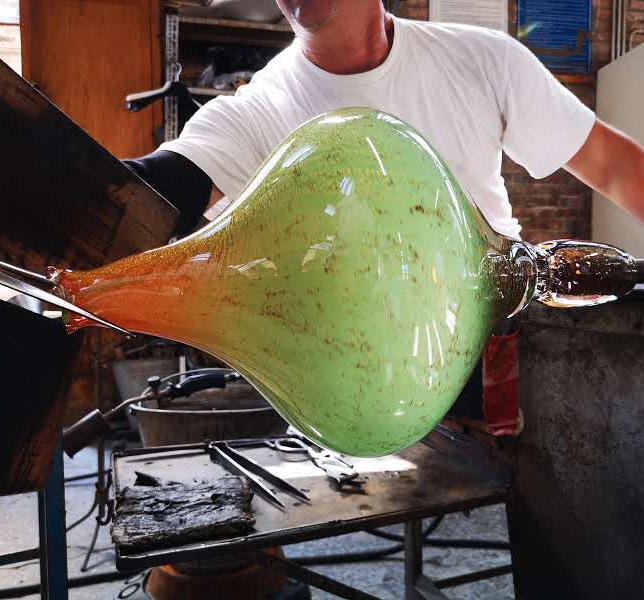 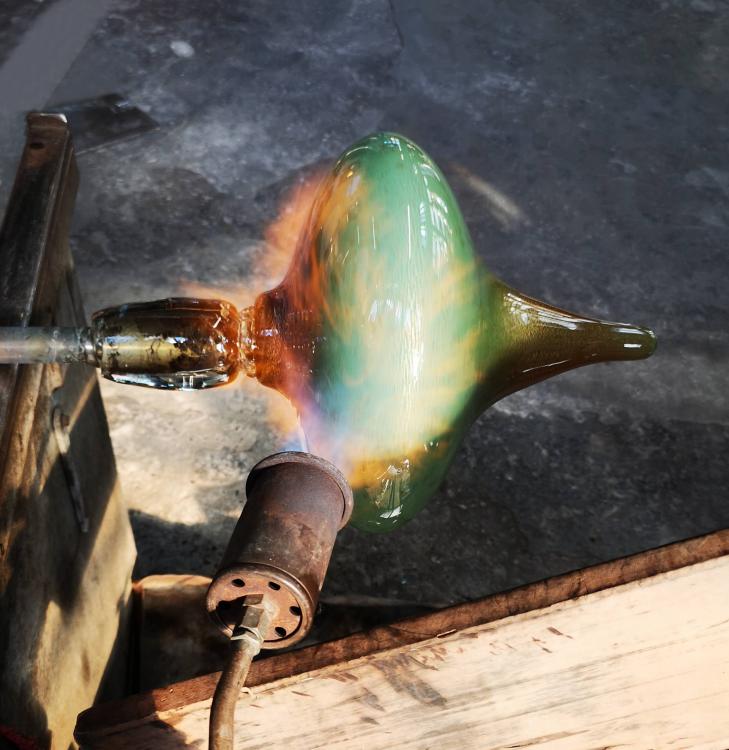 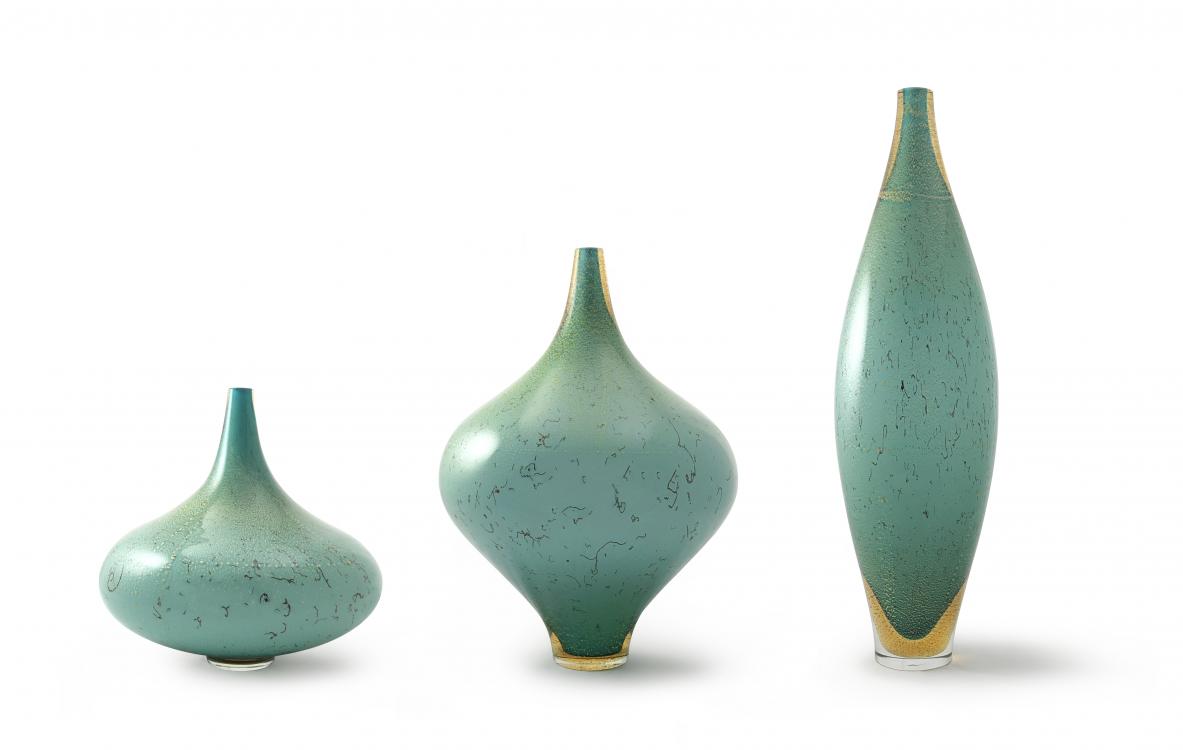 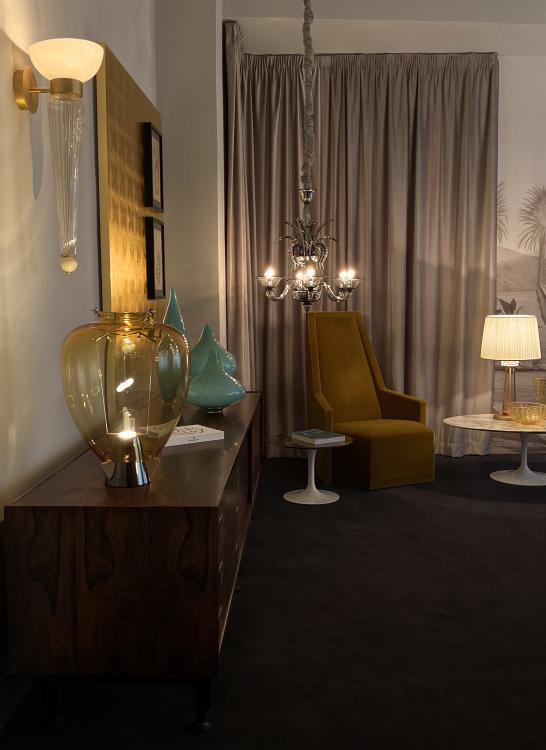 Interested in Crepuscolo Aurato? Contact our consulting and design service to get all the details you are looking for.
Fill in the form