Designed in 1964 by Ercole Barovier, who chose the name Efeso for the collection. The technique utilized to produce the pieces – which received extraordinary acclaim, first shown at the Venice Biennale and then published in the magazine Domus – dates back even further in time, to the end of the 1920s.

The pieces stand out for their intense blue colour and a marvellous pattern generated by a multitude of internal bubbles, each different from the next in an irregular arrangement. The mixture is of great impact, producing an image suggesting the waves of the sea rippling on the shore, foamy and seemingly alive, like the bright, glossy blue tone of the objects, with alternation of transparent and concentrated effects.

The vivid image is the result of the technique applied in their making: the colouring has been applied hot, without fusion, using a method invented by Ercole Barovier himself. This procedure calls for the inclusion of oxides, salts or other elements between two sheets of white-hot transparent glass. The high temperature triggers special chromatic reactions and surprising effects, unique by nature. It is a complex, sophisticated technique that calls for great care and mastery, as well as knowledge of the “recipes” to obtain each colour. 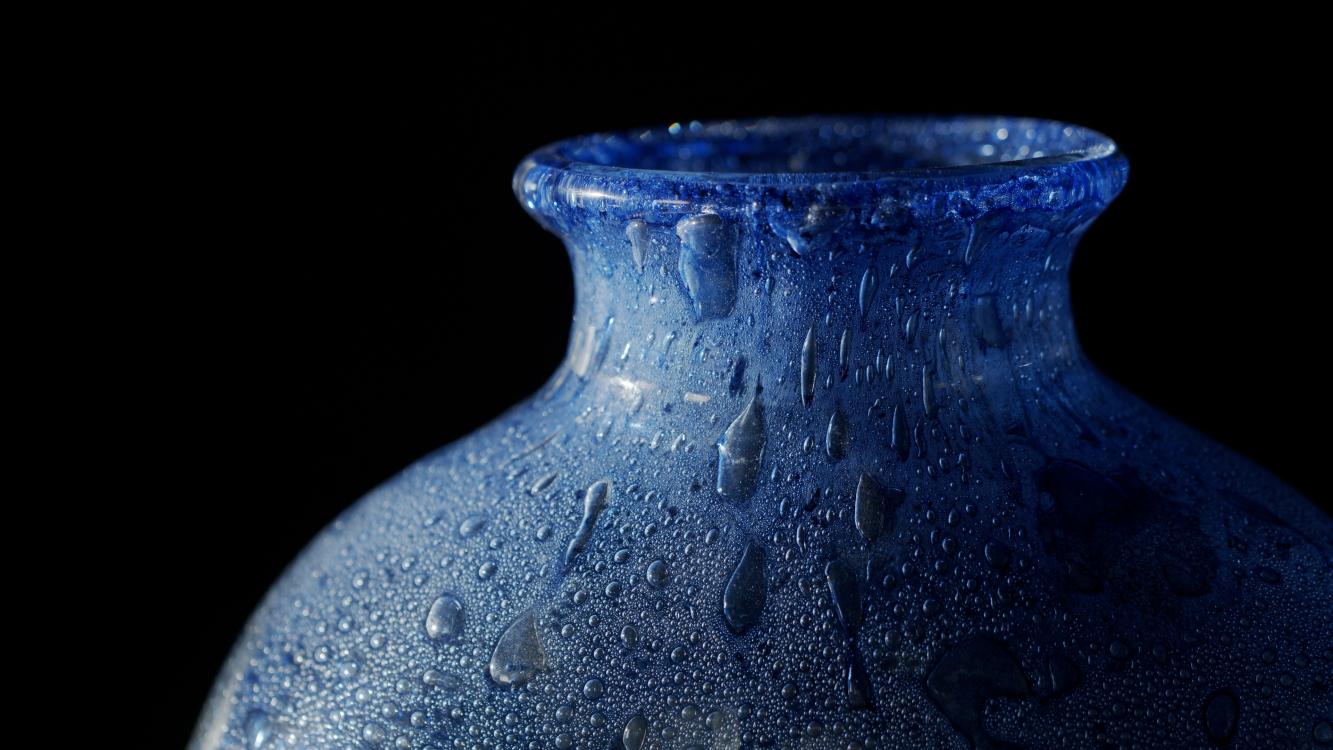 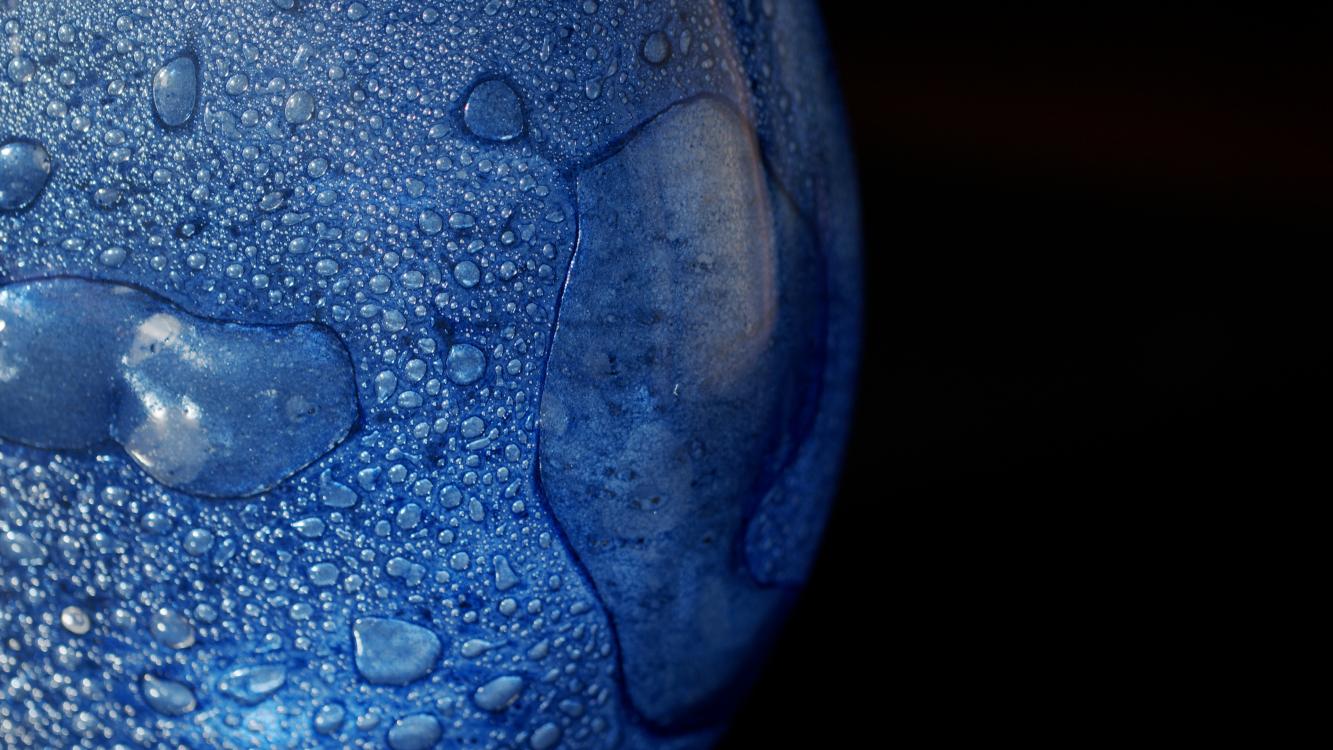 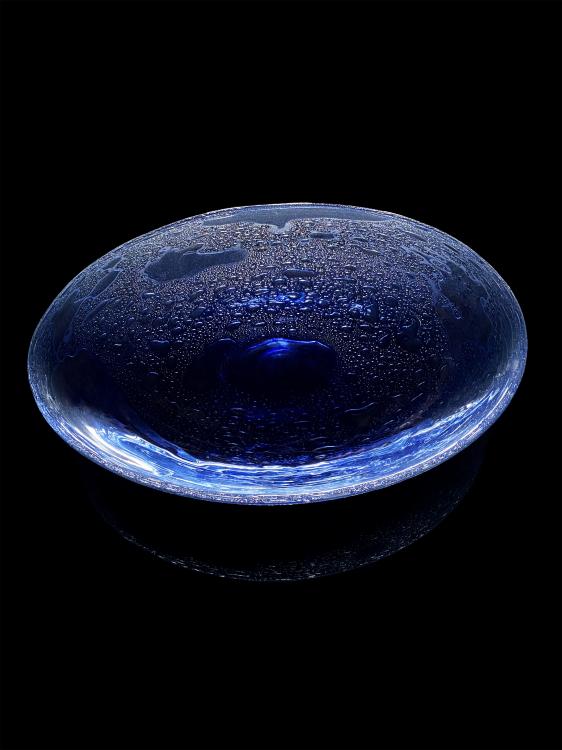 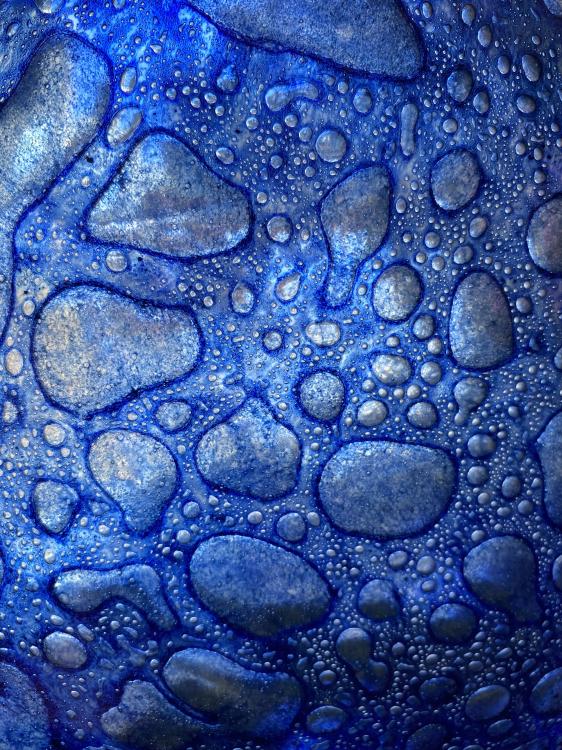 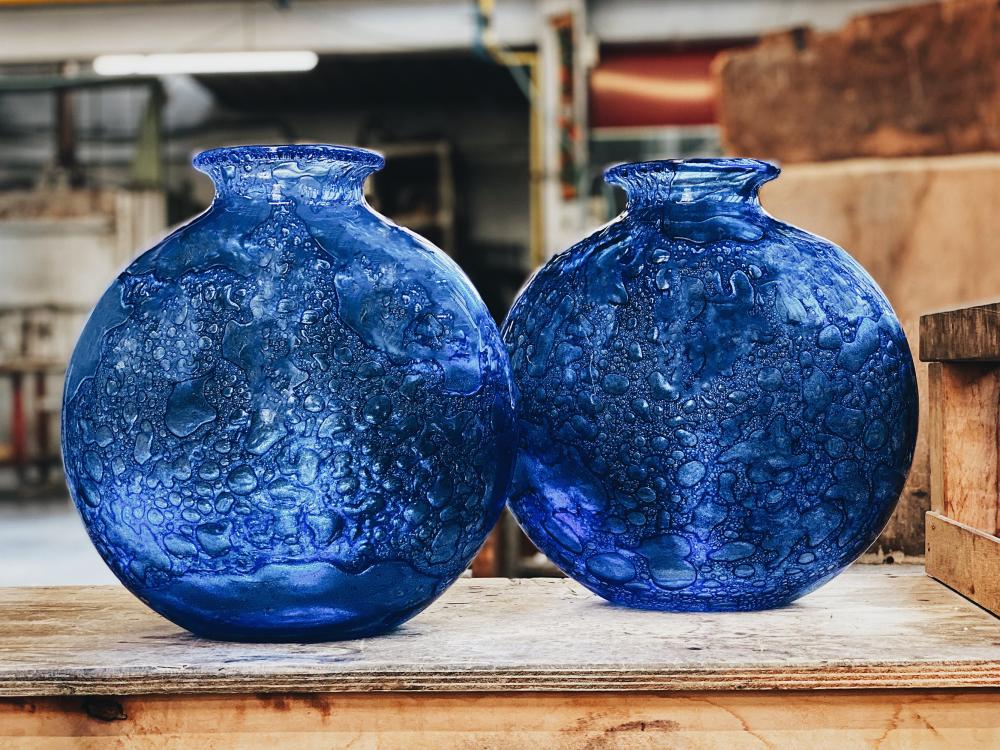 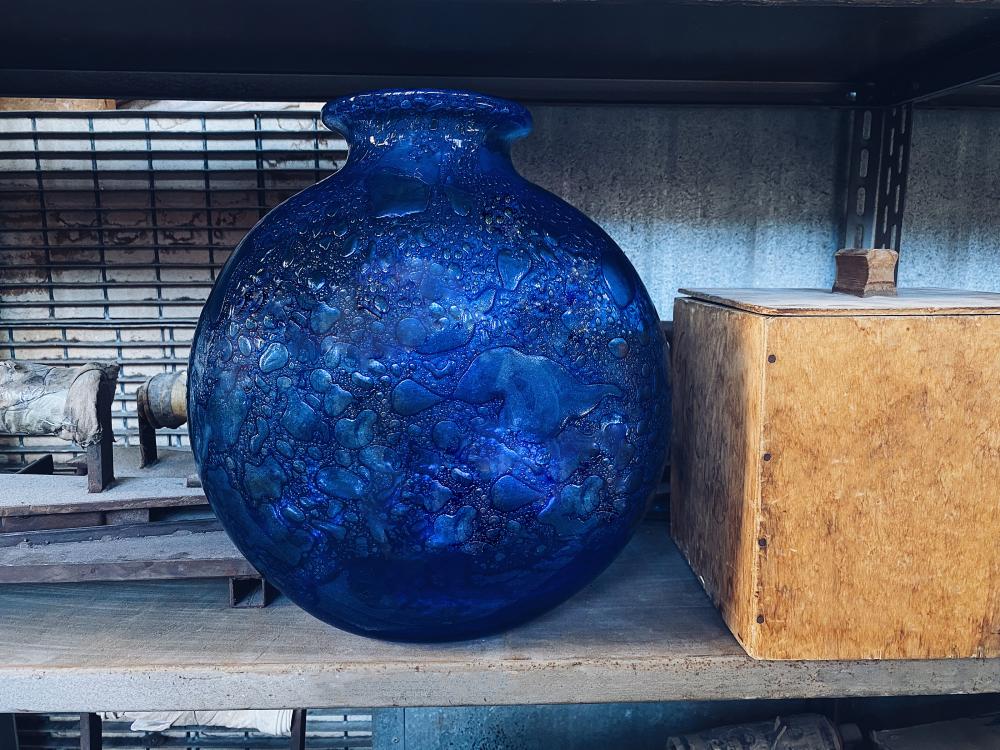 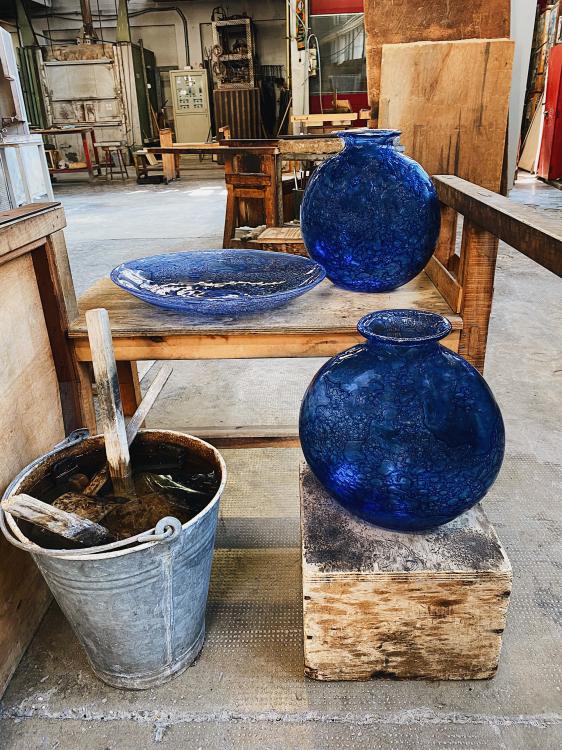 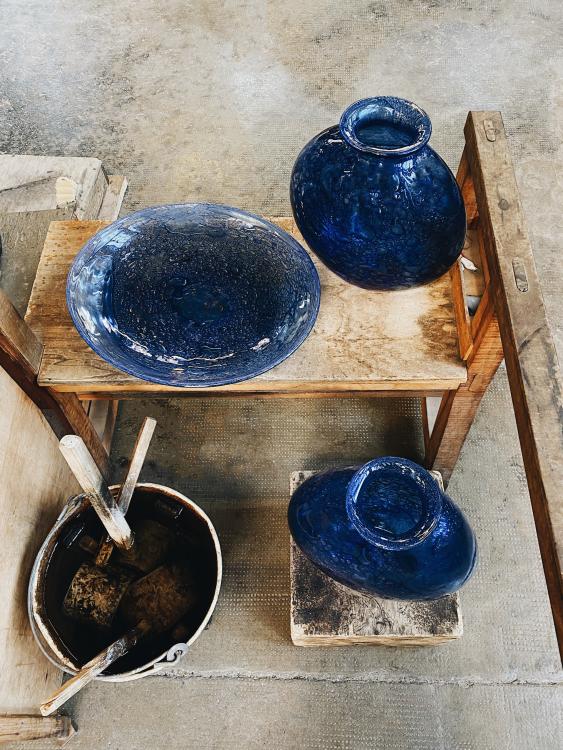 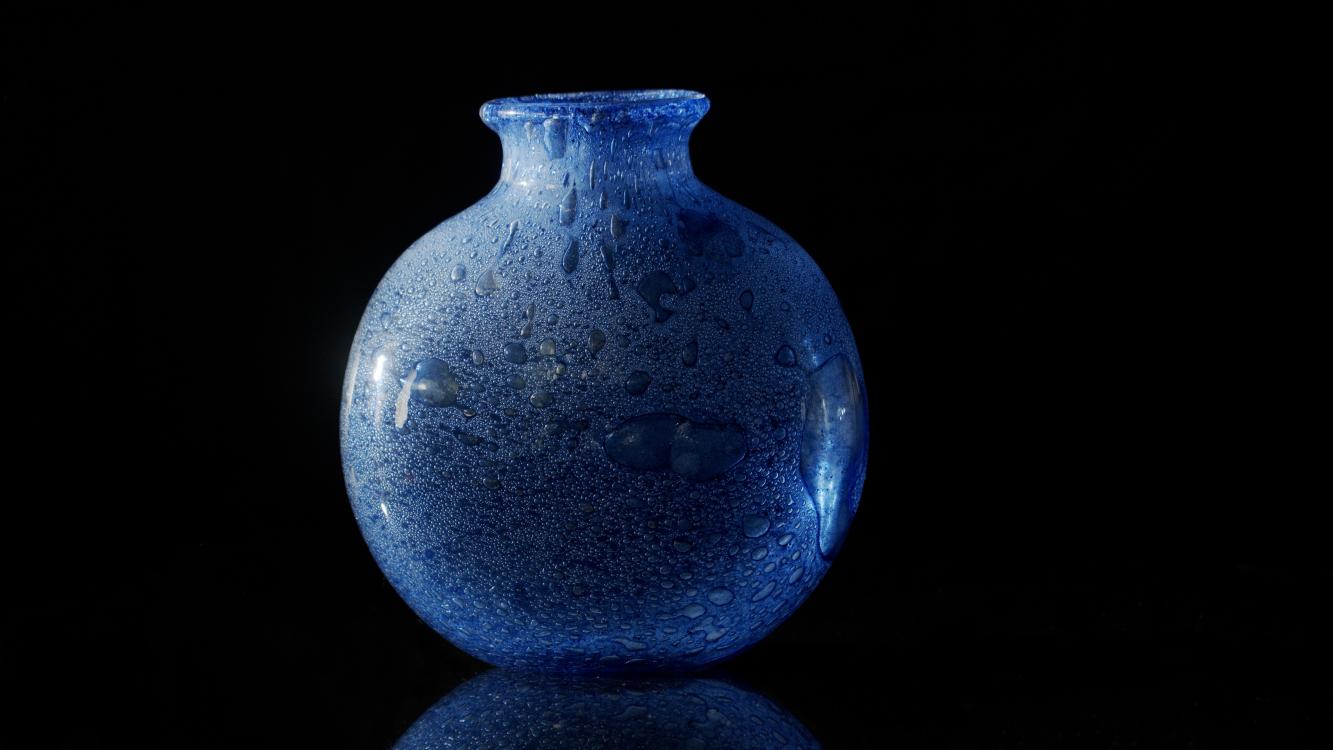 Interested in Efeso? Contact our consulting and design service to get all the details you are looking for.
Fill in the form